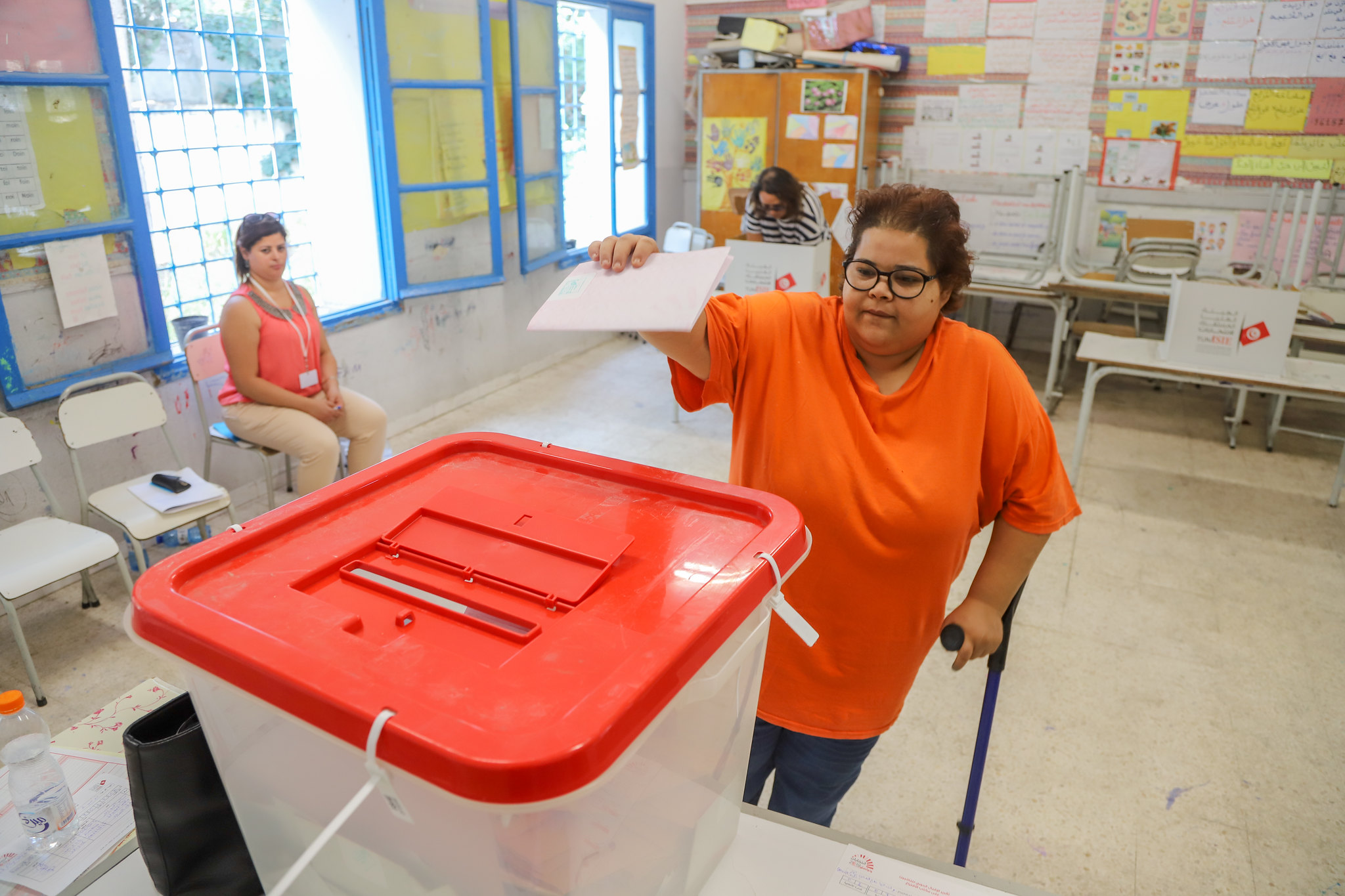 Katherine Ellena is IFES' senior global legal advisor and Erica Shein is the director of IFES' Center for Applied Research and Learning. Originally published on ifes.org on March 30, 2020.

The COVID-19 pandemic is an enormous crisis for individuals, states and the global order at a time when the rule of law and fundamental rights are already under attack. In its 2020 index, the World Justice Project (WJP) finds that the rule of law continues to weaken and stagnate globally: “[T]he declines were widespread and seen in all corners of the world. In every region, a majority of countries slipped backward or remained unchanged in their overall rule of law performance.”

Without a strong foundation for democratic resilience, a global health crisis can shock democratic institutions and offer an alluring blank check to governments to use emergency powers to curtail individual and collective political rights in the short and long term. These rights include freedoms of expression and information; freedom of movement; the right to privacy, freedom of assembly; the right to vote and be elected; and due process protections.

"In time of public emergency which threatens the life of the nation and the existence of which is officially proclaimed, the States Parties … may take measures derogating from their obligations under the present Covenant to the extent strictly required by the exigencies of the situation, provided that such measures are not inconsistent with their other obligations under international law and do not involve discrimination solely on the ground of race, colour, sex, language, religion or social origin.”

Authoritarian leaders routinely seek to undermine these rights to tighten their grip on power and resources, and this is of particular concern in an emergency. However, the WJP data shows that both developing and consolidated democracies are not immune from backsliding, and emergency measures designed or implemented in haste can be difficult to wind back when a crisis is over. While emergency responses are clearly needed to combat a global pandemic, it is imperative that these responses are carefully considered.

International human rights law already provides an established framework to evaluate the measures many governments are putting in place to respond to and mitigate the outbreak of COVID-19. During times of crisis, states are entitled to take extraordinary measures to preserve and protect public safety, even if those measures infringe on otherwise fundamental rights. The foundational international agreement on political rights – the International Covenant on Civil and Political Rights (ICCPR) – has as its derogation clause Article 4, which provides that states may take measures restricting rights “to the extent strictly required by the exigencies of the situation,” in accordance with international law, and without discrimination.

As scholars have noted, this clause presents a weighty challenge in practice: “many of the most grave and systematic human rights abuses occur during public emergencies, when states employ extraordinary powers to address threats to public order.” Unfortunately, evaluating what is an abuse and what is an acceptable derogation of rights during a public emergency is a complex matter in practice.

ICCPR General Comment 29 on Article 4 offers additional clarity and detail on the boundaries of the derogation clause. From within the text of Article 4 and the General Comment, the International Foundation for Electoral Systems (IFES) has identified several fundamental limits to the right of states to take such measures.

Second, states must meet two preliminary conditions to invoke Article 4: “the situation must amount to a public emergency which threatens the life of the nation, and the State party must have officially proclaimed a state of emergency … for the maintenance of the principles of legality and rule of law at times when they are most needed.” General Comment 29 emphasizes the importance of transparency in communicating the purpose and content of emergency measures, and of notifying the United Nations Human Rights Committee of these measures.

Finally, General Comment 29 also provides that emergency measures must be “exceptional” and “the restoration of a state of normalcy where full respect for the Covenant can again be secured must be the predominant objective of a State party derogating from the Covenant.”

From this framework, IFES has identified four indicators that help to understand whether state actions during this time of crisis are “limited to the extent strictly required by the exigencies of the situation.” These indicators do not encapsulate the entirety of what is detailed in General Comment 29, but offer a useful lens for evaluation:

Early responses to the crisis suggest that the freedoms outlined above are under threat in some countries by the implementation of emergency measures that do not stay within the guardrails of Article 4.

With respect to the right to freedom of expression and information (ICCPR Article 19), new rules put in place in Bulgaria could punish with imprisonment those “who spread [...] false information on the spread of the epidemic," and the government intends to keep these measures in force even after the end of the current crisis. In Hungary, a draft law provides that persons who spread a falsehood or distorted truth related to the state of emergency commit a crime that is punishable by up to three years of prison. In Azerbaijan, amendments to the law on information were adopted by the Parliament on March 17 to combat COVID-19 disinformation, that would obligate the owner of any internet information resource to prevent the publication of false information online.

Regarding the right to freedom of movement (ICCPR, Article 12), the Council of State in France rejected a request by the Young Doctors’ Labor Organization for total countrywide quarantine, noting that it was too restrictive and could have unintended consequences, yet a number of other countries are imposing such restrictions. In Zimbabwe, emergency regulations passed allow for – among other things – compulsory testing, detainment and treatment, as well as the demolition or destruction of any premises that may “favor the spread” of the coronavirus.

Regarding the right to privacy (ICCPR Article 17), a proposal tabled by two senators last week in France to authorize telecommunications operators to collect and share health and location data on all mobile phone users for six months was defeated but is reportedly happening on an ad hoc basis. Surveillance and detention measures used in China, including the development of smartphone apps to track individuals, are feared to have deepened human rights violations. In Israel, the government last week approved sweeping new emergency surveillance powers that allow intelligence authorities to enforce quarantine orders and warn people about potentially infectious encounters. Israeli leaders approved emergency measures for security agencies to use new surveillance powers to track the mobile phone data of people with suspected COVID-19. The temporary laws were passed during an overnight sitting of the Cabinet, bypassing parliamentary approval. In Bulgaria, police forces can request and obtain information from telephone and internet operators concerning citizens' private communications.

Freedom of assembly (ICCPR Article 21) is an obvious fundamental right that is likely to be affected in a pandemic. However emergency measures can also easily be misused in such a situation to suppress democratic protest and action. In Hong Kong, claims of excessive use of force have been reported to deter protests during the coronavirus outbreak. Similarly, mass gatherings have been halted in India, which may curb citizenship protests that were roiling the country prior to the pandemic. Public events have also been banned in Russia in the wake of contentious proposed constitutional amendments.

A core focus for IFES are the fundamental rights to vote and be elected (ICCPR Article 25). In Hungary, a draft law would postpone or cancel all elections and referendums until after the state of emergency is lifted, but it is not clear when this might be, raising fears of a prolonged power grab. In a growing list of countries being tracked by IFES, elections have been postponed, in some cases indefinitely.

Finally, the ICCPR sets out clear due process rights – including on detainment and fair trials – that are essential in any democratic society (ICCPR Article 9). However, the justice minister in Israel has ordered a freeze on most criminal proceedings, which includes the arraignment of Prime Minister Netanyahu on corruption charges. In Zimbabwe, the chief justice has postponed trials and nonurgent hearings for a period not less than two months, and hearings are confined to parties involved in the case and their legal practitioners. In Hungary, under a draft law the president of the Constitutional Court may authorize a departure from judicial rules of procedure.