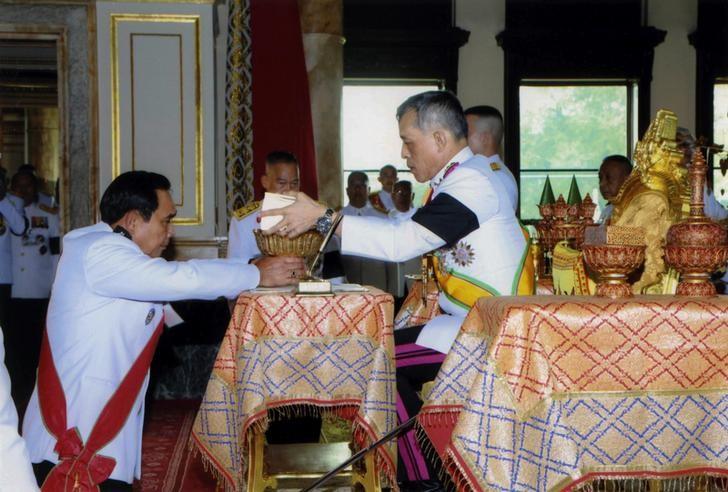 Thailand's 20th Constitution: Balancing the military and the monarchy

King Vajiralongkorn of Thailand officially signed the country's 20th constitution since 1932 into law on April 6th, following revisions on the original junta sponsored draft passed by Parliament in August 2016. Typically, the monarch's signing of the constitution is seen as ceremonial and the king is not expected to make suggestions. King Vajiralongkorn's amendments indicate he is willing to question the power of the military government and may take a more active role in government than his father. The late King Bhumibol preferred not to publicly engage in politics and was viewed by many as a unifying force throughout the nineteen constitutions and twenty attempted coups throughout his seventy-year reign.[1]

Delays in the signing of the constitution have led to concerns that general elections may be further pushed back. The Constitution Drafting Committee and National Legislative Assembly must draft the laws governing the next electoral cycle and obtain approval from the Constitutional Court. It is expected that elections will take place in 2018.[2]

Since the end of absolute monarchy in 1932 Thailand has seen twelve successful military coups. The most recent coup in 2014 was prompted by allegations of corruption of the ruling party, leading to widespread protests and unrest culminating in martial law and military takeover of the government in May of that year.[3]

Thailand is officially a constitutional monarchy led by the monarchy and Prime Minister Prayuth CHAN-OCHA, who was appointed by the military after former Prime Minister Yingluck SHINAWATRA was ousted.[4] Following the coup in 2014 the military abolished the bicameral National Assembly with the temporary unicameral National Legislative Assembly.[5]

The draft constitution was approved by referendum in August 2016 and following revisions officially approved by the King on 6 April 2017. It constrains the power of future democratically elected governments with the establishment of a 250 seat senate which will be appointed by the military.  The junta says this will ease the transition period to the new democratically elected government and prevent coups in the interim period.[6] Critics say this gives the military too much power in Thailand's future governments. The 500 seats in the lower house of parliament will be elected through a modified proportional representation system.[7]

The king's primary alterations surrounded articles which limited the power of the monarchy. The first was to make the appointment of a regent while traveling abroad optional, a distinction which is seen by analysts as a way for the long-time expat king to travel freely. A second was to remove a clause giving power to the Constitutional Court during periods of crisis, instead leaving that power with the monarch. King Vajiralongkorn's reluctance to limit his power has worried some democracy advocates and those who worry about brewing conflicts between the junta and the monarchy.[8]