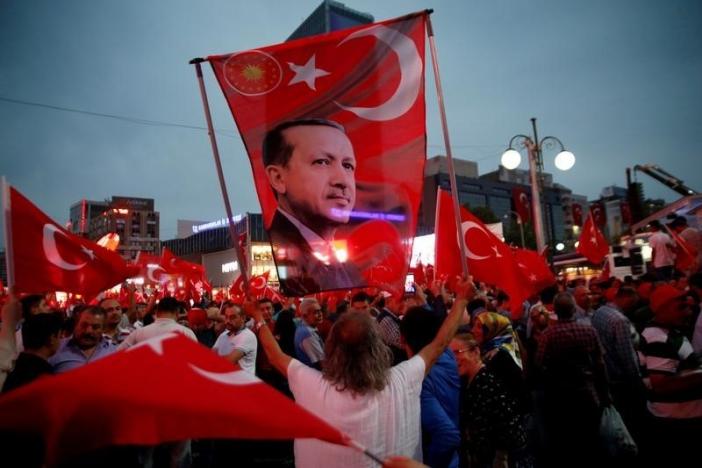 The Implications of Turkey's Referendum

UPDATE: Turkey has voted in favor of the referendum, with preliminary results showing the reforms passed with a 51% to 49% vote. The results have been divisive, instigating protests as critics say it undermines democratic values and supporters say it creates the strong executive Turkey needs.

Turkey will formally vote April 16 on the referendum proposing a new constitution which dramatically expands the powers of President ERDOGAN.  Voting for Turkish residents residing abroad runs from March 27 until April 9. Polls have demonstrated a tight race, as supporters see the measure as increasing government stability and opponents criticizing it as a move towards a dictatorship.[1]

Proposals for a "New Turkey"

The referendum seeks to transform Turkey's government structure by transforming the office of the president, currently a largely ceremonial position, into a powerful head of government.  Among other expanded powers under the new constitution changes include:

These changes are largely seen as a response to the July 2016 coup attempt. ERDOGAN argues that the referendum modernizes Turkey, increases efficiency of decision making and make the country more stable and secure.[2]

The campaign has created controversy both internally and abroad as those campaigning against the referendum have accused the government of stifling free speech at home and the Turkish government accused EU countries of "Nazi-like behavior" as rallies were blocked in several countries due to security concerns.[3] Watchdog organizations such as the Human Rights Watch echo concerns over the government's treatment of the media and crackdown on opposition leading up to the April vote. HRW reports that 160 media outlets have closed since July, 120 journalists or media employees jailed, and over 100,000 civil servants dismissed or suspended without due process for involvement in the plot or association with opposition movements.[4]

The Venice Commission, the Council of Europe's advisory body on constitutional law, labeled the president's powers under the new Constitution "excessive" in its assessment of the referendum and concluding that the changes would "introduce in Turkey a presidential regime which lacks the necessary checks and balances required to safeguard against becoming an authoritarian one,"[5] prompting the EU to hint that its ratification may damage Turkey's ability to join the bloc.[6] The warning was intended to avoid escalation of tensions between Turkey and EU nations in a time when political tensions in Europe are already swirling due to Brexit and the upcoming French elections.[7]