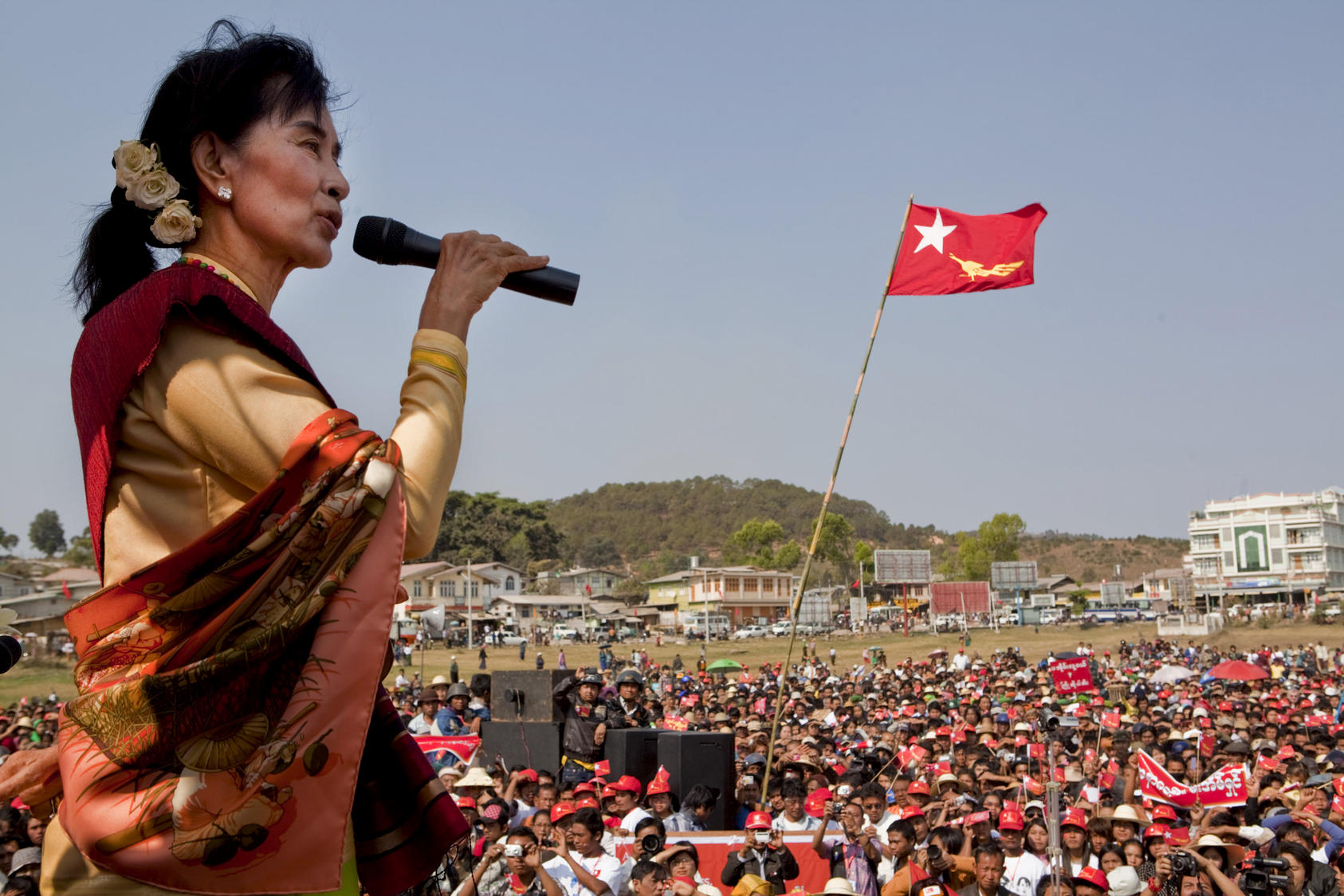 A Brief Political History of Myanmar

Myanmar will be holding by-elections in seven provinces on 1 April 2017 to fill three vacant seats in the upper house and nine in the lower house. 2015 elections were canceled in these districts due to instability. These by-elections will complete Myanmar's first democratically elected parliament in decades.

Myanmar's short history since independence has been fraught with conflict and political turmoil.  The parliamentary democracy established following independence in 1948 was overthrown by a military coup in 1962. Led by General U Ne Win, the military government ushered in an era of isolationism, corruption, and socialist economic policies which decimated the fragile economy. Protests triggered a second military coup in 1988 and the Union of Burma was renamed Myanmar. The military junta was oppressive and brutal, imprisoning opposition and denying the legitimacy of elections held in 1990. Aung San Suu Kyi, the opposition leader, was detained in 1989 and remained under house arrest until 2010.[1]

International pressure, economic crisis, and popular protest pushed the military junta to officially dissolve in 2011 and establish a civilian parliament, though the military remains heavily influential in government. Under the 2008 constitution 25% of parliamentary seats are reserved for the military and many government officials remain former military officers.

The 2015 general election was hailed as Myanmar's first multiparty democratic elections since the end of military rule. Opposition party National League for Democracy won a landslide victory and was able to choose the country's president.[2] Constitutional reforms blocked Miss Suu Kyi from becoming president,[3] thus Htin Kyaw was elected president by parliament in March 2016. She instead rules as a close advisor and defacto leader. This represents the first truly civilian-backed government in Myanmar since the end of military rule.[4]

Since the end of military rule, Myanmar has begun to rebuild its economy and reengage with the world. Under President Thein Sein the European Union and the United States have begun lifting sanctions and the standard of living has risen in urban areas. However, rural Myanmar and ethnic minorities are widely seen as being left behind.[5] Htin Kyaw has inherited a country moving towards democracy yet plagued by ethnic conflict and inequality. It remains to be see how much progress the new civilian led government can make.