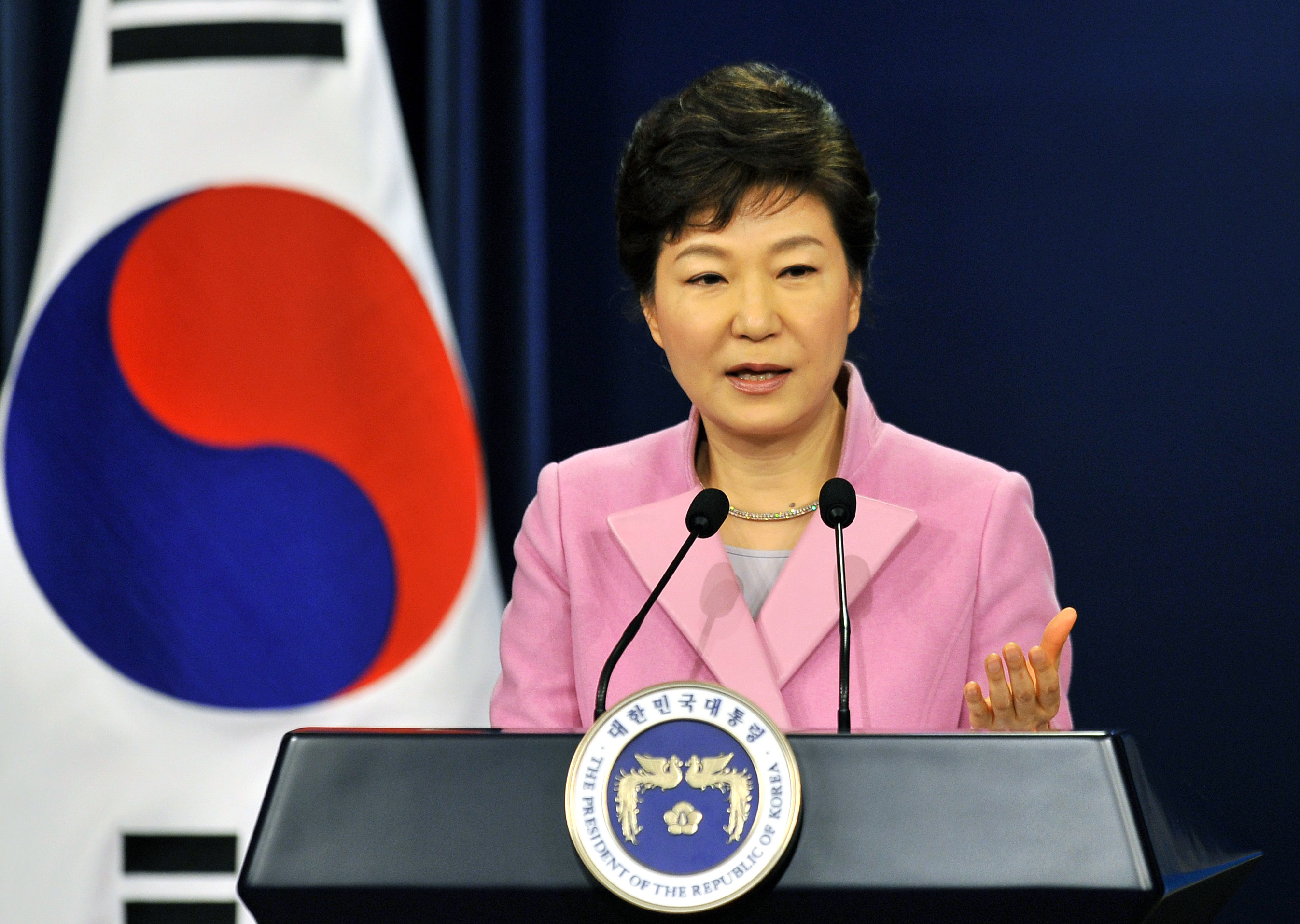 The South Korean political drama has reached its culminating act in the Constitutional Court investigation in President PARK Geun-hye. PARK, elected in 2012, is South Korea's first female president and a member of the Saenuri Party.

Impeachment is a multi-step process in South Korea. To begin, a simple majority in the National Assembly is needed to call for a motion to impeach. Next, at least two-thirds (200 members) of the National Assembly must vote to pass the motion to suspend the president and strips him or her of executive powers. If the motion passes the next highest-ranking official, usually the prime minister, becomes the acting president while the Constitutional Court has 180 days to rule on whether or not to formalize the impeachment.  In order for the president to be impeached, six of the nine judges must vote to impeach. If this vote passes, the president is impeached and removed from office. New elections will be held in 60 days. If the vote does not pass, the president will be immediately returned to office.[1]

The allegations against PARK stem from the close relationship between PARK and her controversial companion CHOI Soon-sil.  Opponents say that PARK violated the constitution by allowing non-government officials to interfere with state affairs, leaked classified information, and created a culture of influence-peddling. CHOI is on trial for bribery, coercion and abuse of power.[2]

The scandal came to light in October 2016 prompting protests across Korea calling for PARK to step down. The investigation escalated in November, culminating in the National Assembly voting to impeach President PARK on December 9, 2016, with 234 in favor and 56 against.[3] PARK is suspended and Prime Minister HWANG Kyo-ahn is now serving as acting president. The Constitutional Court opened the case on January 5, 2017 and have until June 5, 2017 to deliver a verdict.

It is projected that the verdict will be delivered by March 13, when Acting Chief Justice LEE Jung-mi is due to step down. The Constitutional Court is composed on nine justices, though at present the court has only eight. Seven are required to rule on the case, prompting the need for the verdict to be delivered prior to LEE's retirement. Oral arguments were said to have finished on February 27.[4]

Update: On 10 March 2017, the Constitutional Court formally upheld the impeachment of President PARK. Acting president HWANG will remain in office and elections will be held within 60 days. This marks the first formal impeachment in South Korean history.